Using the Earth as a community toilet is finally having the effects scientists have been warning us about for decades. But as the Earth burns, our leaders have fiddled, frittering away nearly every chance to rein in the destruction before it is too late. Now the point of no return may be upon us.

The latest report — known as the “Ice Sheet Mass Balance Inter-Comparison Exercise” — was published in the journal Nature on June 13. It collects input from 84 climate scientists at 44 institutions around the world. The researchers used three different ways of measuring ice loss on the world’s southernmost continent.

First, according to The Atlantic, they measured the gravity field of the Antarctic ice sheet. We rarely think of ice as having a gravitational effect but it does, just like the moon. Satellites like those used in the NASA’s GRACE program can measure that gravitational field from space.

Second, researchers aimed radar and lasers at the surface of Antarctica to detect its surface altitude, which they can then combine with knowledge of ice physics and topography to compute its balance. Third, by measuring the

velocity of moving glaciers (often with GPS), researchers can calculate how much snow is being added to a glacier and how much is disappearing into the sea.

“These are completely independent data sets,” Beata Csatho, a geophysics professor at the University of Buffalo, tells The Atlantic. “We didn’t know until a few weeks ago where our results would sit relative to each other. It was a very nice surprise to see our results sitting right where they should be.”

“This is the gold standard in terms of demonstrating that ice sheets are changing,” adds Robin Bell, a professor of geophysics at Columbia University, who was not involved in the paper. “You have three measurements, three approaches, from three different instruments, and they all show pretty much the same thing.”

Rate Of Ice Loss Is Accelerating

What they show is that the rate of ice loss in Antarctica has tripled in the past 5 years. Rob DeConto, a professor of climatology at the University of Massachusetts, refers to a chart showing the amount of ice lost over time. “If you look at the figure — it’s not a straight line going down, it’s like a downward-bending banana,” he tells The Atlantic. “That’s acceleration. You don’t have to be a statistician to see the pace of mass loss is increasing.”

The pace of change in Antarctica is not uniform across the continent. The fastest losses are appearing in two glaciers in western Antarctica known as Thwaites and Pine Island. If the pace of melting continues unabated, a phenomenon known as marine ice cliff instability may occur, sending the ice in those areas tumbling into the sea. The result could be as much as a 4.5 foot rise in global sea levels by 2100, putting more than 150 million US homes underwater. That got Bill McKibben’s attention.

Truly truly distressing news from the Antarctic today, where a new study finds ice loss has tripled over the last decade.
That's a strong sign that things are coming unglued, and that we need to act very fast to go fossil-freehttps://t.co/6CJuYTMJR9

The east coast of the United States is particularly vulnerable because of gravity. We don’t normally think of ice and gravity together, but the volume of ice in the Thwaites and Pine Island glaciers is so huge, it exerts a gravitational tug on the waters of the Atlantic Ocean, drawing some to that area just as the moon affects the tides. If those glaciers melt, the effect on the east coast will be amplified by 25%.

Rob DeConto, a professor of climatology at the University of Massachusetts, Amherst, tells The Atlantic, “This should get people’s attention, especially here in North America. This little hook where the ice is going into the ocean, it’s at the worst possible place in terms of its impacts on North America. For every centimeter [of sea-level rise] from West Antarctica, Boston feels one and a quarter centimeters. And that extends down the East Coast.”

The professional climate deniers funded by the Koch brothers and the fossil fuel industry have seized on an anomaly in the data to claim all this melting ice emergency is just a bunch of hooey cooked up by climate scientists eager to keep the research funding flowing. In East Antarctica, there has actually been an uptick in the thickness of the ice this century — proof, these charlatans proclaim, that the whole climate change thing is giant hoax.

The most recent data shows that trend had ended and a decrease in ice thickness had begun. “East Antarctica has begun to contribute to sea-level rise,” DeConto. “It’s actually become a source now. That’s where most of the ice is — it’s vastly bigger than West Antarctica.”

If West Antarctica ice melt can add over 4 feet to global ocean levels, what will the effect be if melting occurs in a part of Antarctica that is “vastly bigger?” The answer to that question seems painfully obvious. The video below makes the consequences clear.

Try to imagine what will happen when all the people who live in areas of the United States where rising sea levels will inundate their homes are forced to move. Will the people in the rest of the country welcome them with open arms? Will the United States even survive as a nation when large chunks of its territory sink below the waves?

Will this new study spark action to stop burning fossil fuels? It didn’t seem to have had much impact on the leaders of the G6 + 1 in Canada last week, who issued a weasel-worded statement about trying really, really hard to meet the goals of the Paris climate accords. And it certainly won’t have any effect on Charles and David Koch or the people who perseverate on Hillary’s emails.

If the history of humanity is any guide, the chances of the world coming to its senses to combat global warming any time soon are somewhere between slim and none. The only thing that will save us from ourselves is if combating climate change becomes profitable. Then and only then will the world as we know it have a chance of surviving. 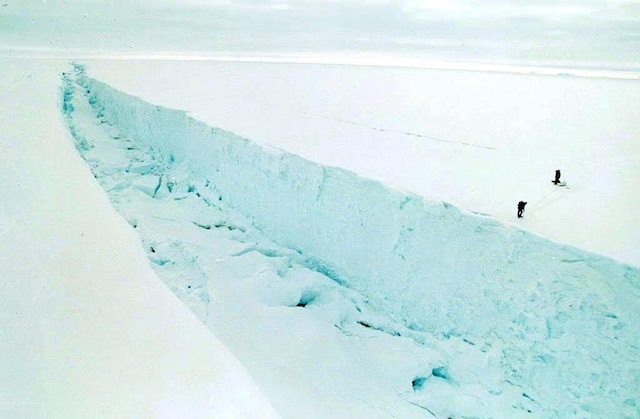 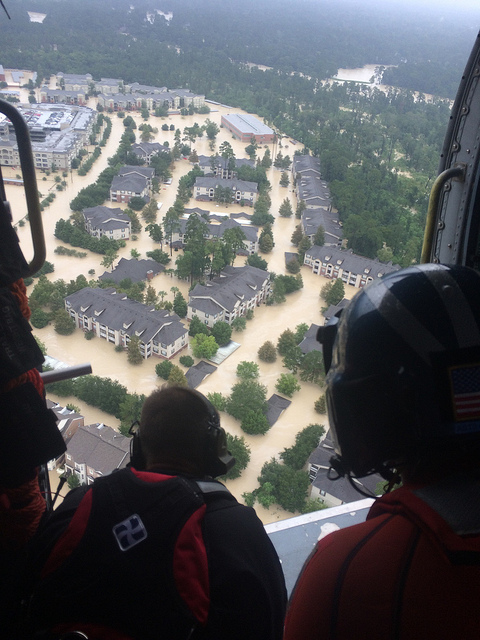 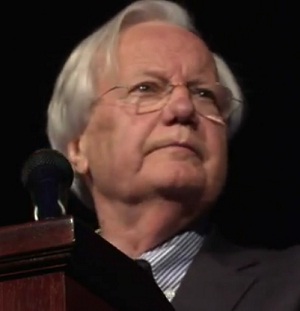