As of last Friday, CCL has officially generated 100 state, county and municipal resolutions in support of our Carbon Fee and Dividend proposal. These resolutions come from towns and cities all across the country, like Eureka Springs, Arkansas; San Luis Obispo, California; Pittsboro, North Carolina; Syracuse, New York; Pittsburgh, Pennsylvania. From tiny towns to huge cities, it’s clear that municipal governments are ready to move forward on climate action, and they want Congress to join them by enacting a carbon price and returning the revenue to people.

Some of the most powerful actions our volunteers take are to generate state and municipal resolutions in support of Carbon Fee and Dividend. What exactly is a governmental resolution? Sandy Simon, CCL’s National Municipal Resolutions Project Coordinator, says, “Resolutions are endorsements on steroids. A resolution is a way to show the support of your city, county or state for Carbon Fee and Dividend, which sends a massive signal to your members of Congress.”

This map shows the cities, counties and states that have passed resolutions in support of Carbon Fee and Dividend. Has your city or county passed one? Zoom in and see!

Of these 100 resolutions, 16 are from cities or counties in CCL’s Mid-Atlantic region, 15 from the Northeast region, and 14 from the Wild West. California boasts 32, including a resolution from the entire state legislature. Other regions are contributing some big name cities to the list, too:

If your city hasn’t passed a resolution yet, visit CCL Community’s “Get a Local Resolution” and Tutorial sections to learn how to get started. If you know of a resolution that has passed but is not yet reflected on our list, reach out to Sandy Simon to let her know.

“I’m celebrating the efforts of all of our volunteers who have put a tremendous amount of time and effort into passing resolutions,” Sandy says. We have told the stories of some of those efforts before. “I believe the successes of our chapters in getting resolutions through their local governing bodies have far-reaching and long-lasting positive consequences for their communities. Plus, resolutions are powerful to point to when communicating with members of Congress, so they advance those communities’ interests at the federal level.”

Taken all together, close to 16% of the population in the United States lives in a city or county that has passed a resolution in support of Carbon Fee and Dividend to date. According to researchers, “Once 10% of a population is committed to an idea, it’s inevitable that it will eventually become the prevailing opinion of the entire group.” Looks like we’re well on our way to Carbon Fee and Dividend becoming America’s preferred climate solution. Our mission has always been to build political will for a livable world. Today, we see that political will reflected in these 100 resolutions.

(Flannery Winchester has put her words to work for magazines, for marketing agencies, and now for our earth as Citizens’ Climate Lobby‘s Deputy Communications Director. She is grateful to spend every day working to preserve this beautiful planet.) 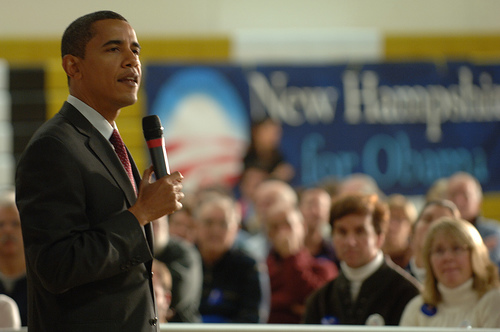 Forget Cap and Trade; Cap and Dividend is the Way Forward