Rejecting the recommendations of the top three striped bass scientific experts on striped bass and Delta fisheries in the state, the California Fish and Game Commission voted unanimously on Friday, February 21, to adopt its first Delta Fisheries Management Policy and an amended Striped Bass Policy that has no numerical goal for the restoration of the species.

In doing so, the Commission threw all of the science presented by striped bass experts Dr. Peter Moyle, Dr. David Ostrach and Dr. Cynthia LeDoux Bloom in Commission meetings into the trash can and sided with powerful corporate agribusiness interests, including the Coalition for a Sustainable Delta, that see the striped bass and other fish as a hindrance in their decades long to pump even more water out of the Sacramento San Joaquin River Delta.

“I’m proud of the work of our stakeholders, staff of the Commission and CDFW, and Commissioners in reaching this point, recognizing that this is just the beginning of a long effort to effect the changes in the policies to restore the health of the Delta,” said President Sklar.

Michael Boccadoro, a spokesman for the Coalition for a Sustainable Delta, the Astroturf group created by Stewart and Lynda Resnick, owners of the Wonderful Company, urged the Commission to approve the gutted striped bass policy.

“The world is changing,” said Boccadoro. “It’s not fish versus farmers – We need to move ahead. We encourage the Commission to adopt the policy.”

The California Striped Bass Association (CSBA), Nor-Cal Guides and Sportsmen’s Association and NCGASA Delta Anglers Coalition had mobilized hundreds of conservationists to attend the previous meetings where this issue was discussed, but only a relatively small group of anglers and several representatives of corporate agribusiness interests showed up to this meeting because it was clear that the Commissioners had already made up their minds in their alliance with the water contractors.

President Sklar, a former North Bay winery owner who currently owns a cannabis cultivation and delivery business called Fumé, requested that the Commission add language to the Striped Bass Policy to support the “vitality” of the fishery.

“The newly adopted Delta Fisheries Management Policy calls out explicit ‘support’ for all gamefish fisheries, committing to the striped bass fishery as well as recovery of native species,” according to the Commission.

However, scientists and fishermen don’t see it that way. “I’m disappointed that the Commission ignored all of the scientific evidence and the testimony of the overwhelming of stakeholders who insisted on a strong striped policy based on objectives and goals,” said Dr. David Ostrach, Chief Scientist Ostrach Consulting, a leading scientific expert on striped bass and Delta fish species. “The Commission continues to violate the public trust by doing so.”

Corporate agribusiness interests, with no scientific evidence, have claimed that “predation” by striped bass has decimated salmon and Delta smelt populations, not water exports.

In his comments, Dr. David Ostrach stated, “There is no credible evidence that the striped bass predation has led to the decline of other Delta species, and striped bass and largemouth bass are the only species vilified in this manner.”

In fact, the scientists have stated in their testimony and articles that the reduction of numbers in striped bass would likely harm the ecosystem because striped bass eat Sacramento pike-minnows, a major predator of salmon and striped bass, in addition to keeping down the numbers of Mississippi silverside minnows that prey upon juvenile Delta smelt.

Ostrach and fishermen called for updated science on the current status of the species since there is no accurate data, regarding the numbers of striped bass in the San Francisco Bay-Delta. The species has declined from an estimated 3 to 5 million in the 1960s to around 300,000 right now, but nobody really knows many striped bass are out there.

“They are putting the cart before the horse. Their own regulations state that they are supposed to make the decisions on the best available science — and they ignored it,” said Ostrach after the meeting.

During the meeting, President Sklar said that there was no money for a study and that the legislature would have to be approached to fund the study.

After the meeting, Ostrach countered that this was also “putting the cart before the horse. The Commission has to set strong policy so they can acquire the funding for studies.”

The California Department of Fish and Wildlife has not done a population estimate of adult striped bass in 10 years as the water contractors have waged a campaign to remove protections on striped bass so they can get more even more water from the state and federal pumping facilities in the Delta. The record water exports in recent years have already driven spring and winter-run Chinook salmon, Delta and longfin smelt, Central Valley steelhead and other fish species closer and closer to extinction. The striped bass, like the other fish species, is a victim of the pumping of water to grow export crops on toxic, drainage impaired land on the west side of the San Joaquin Valley.

The Commission threw out the striped bass policy, finalized in 1996, that sets a numerical goal of 3 million fish, based on the best available science. Members of fishing groups and the scientific community were willing to compromise by setting a numerical goal of 1 million, but the Commissioners, pressured by agribusiness interests, refused to compromise and the input of the scientists and fishermen was disregarded.

“I was one of the stakeholders in this so called negotiation,” added Cox. “I would say negotiating is a miss-nomer for this process. The sporting groups and the Coalition both negotiated in earnest, giving up points that were important to both, but not the representatives of the dept or the commission. Not a single point was conceded by your representatives. It became very clear in the last two sessions that this was an indoctrination not a negotiation. Your commission representatives made it clear there was only one solution to this and that was no number goal.”

The rejection of the numerical goal for striped bass comes at a time when the angling public and scientific experts have little or no confidence in the Department of Fish and Wildlife and Fish and Game Commission. This latest decision is just one more example of how having political appointees rather than scientific and policy experts on the Commission has led to disaster for fish and wildlife in the state over the decades.

Commission President Sklar, Vice President Hostler-Carmesin and Commissioners Burns and Silva were present at the meeting, while Commissioner Murray was absent.

The full Commission agenda for this meeting along with supporting information is available at www.fgc.ca.gov. An archived video will also be available in coming days. The next meeting of the full Commission is scheduled for April 15 and 16 in Sacramento.

The Delta smelt, once the most abundant species on the Sacramento-San Joaquin River Delta, continues its long slide towards extinction. For the second year in a row, the California Department of Fish and Wildlife in its annual fall midwater trawl survey in 2019 found zero Delta smelt during the months of September, October, November and December.

Found only in the San Francisco Bay-Delta Estuary, the smelt is an indicator species that shows the health of the ecosystem. Decades of water exports and environmental degradation under the state and federal governments have brought the smelt to the edge of extinction.

(Image by WikiImages from Pixabay) 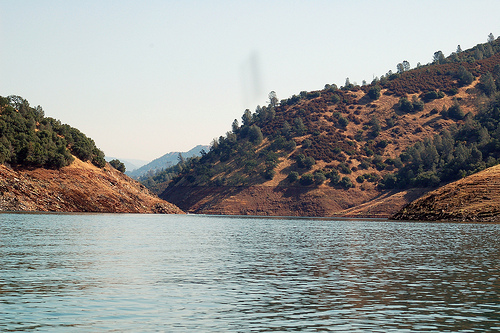 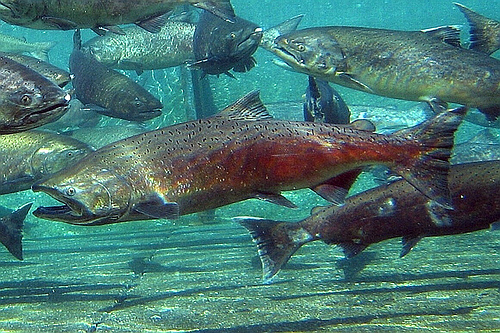 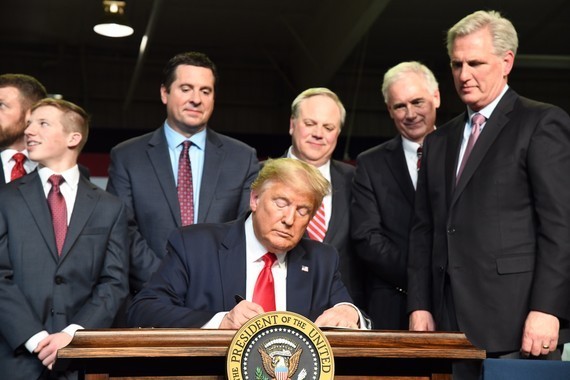