Tesla zooms ahead of other automakers in many ways, including accentuating driver focus and safety through its Autopilot feature. With 8 external cameras, a radar, 12 ultrasonic sensors, and a powerful onboard computer, Autopilot’s suite of driver assistance features is partly the result of a neural network that has accumulated billions of miles of driver experience. Tesla’s accumulated autonomy data set is truly unique, and it has some automakers worried that they’re so far behind Tesla in R&D that catching up is going to be a long, strenuous, and possibly futile race.

In fact, according to an internal document intended for private eyes only, but obtained by Automobilwoche, Herbert Diess, Volkswagen’s CEO, indicates he is mightily concerned about Tesla’s clear advantages in the field of automotive technology.

The comments came in a webcast in front of VW executives. The source quotes him as saying:

“What worries me the most is the capabilities in the assistance systems. 500,000 Teslas work as a neural network that continuously collects data and offers the customer a new driving experience every 14 days, with improved properties. No other automobile manufacturer can do that today.”

Autopilot’s semi-autonomous driving tech and over-the-air updates are without comparison right now in the automotive industry. That has Diess troubled, as he is aware that VW has a long way to go before even coming close to catching Tesla as an automotive technology company.

The Impact of the Tesla Neural Network

Neural networks are a set of algorithms that recognize patterns and interpret sensory data. The patterns they seek are numerical and contained in vectors (something that has a direction and magnitude). From these vectors, real-world data — images, sound, text, time series — are translated.

VW CEO Diess expressed concern over “assistance systems,” which, in the automotive world, comprise anything from forward collision warning to automatic emergency braking, adaptive lighting, and lane and side monitoring.

Machine learning solutions are used in several autonomous vehicle subsystems, as part of the perception systems, sensor fusion, simultaneous localization and mapping, and path planning. In research out of the University of Belgrade, investigators describe the system needed for end-to-end deep neural networks used for autonomous driving, which generally includes input to the machine learning algorithm with camera images and output as the steering angle prediction. Those neural networks comprise complex network architecture, computational complexity, and performance evaluation.

Tesla’s Autopilot has surpassed all other auto manufacturers in this field. Our own Kyle Field sums it up like this: “Tesla’s progress with artificial intelligence and neural nets has propelled its Autopilot and Full Self Driving solutions to the front of the pack.” Partially, this is because Tesla’s neural network captures human drivers at the wheel, recording the images and steering measurements. Data collected using this approach have trained and retrained the Tesla neural network.

Autopilot is a system that many Tesla owners find to be amazing.

Diess wants to implement a plan to try to emulate Tesla’s neural network capacity and minimize its lead in the automotive autonomy pack with what Automobilwoche said is “a catch-up plan.”

Diess proclaimed that “the race for the future of the car is really open.” He also admitted that integrating powerful software into new models for Volkswagen is a much higher hurdle than electrifying its fleet. The Volkswagen group holds several premium brands: Bentley, Porsche, Lamborghini, and Audi.

Company valuation is a significant indicator of success, both present and future, of course. Volkswagen Group is currently worth only about half of what Tesla is worth. Indeed, to make this point to VW’s execs, Diess is reported to have passed along data comparing the two companies’ values side by side. That’s a bold move when you’re the CEO of the much larger but much less valued company.

VW’s ID.3 must shine out of the production delivery gate. That means not only will reported software issues have to be alleviated; it means that the performance of the all-electric vehicle must leap to technological heights if it is to compete even generally with Tesla’s catalog and Autopilot. 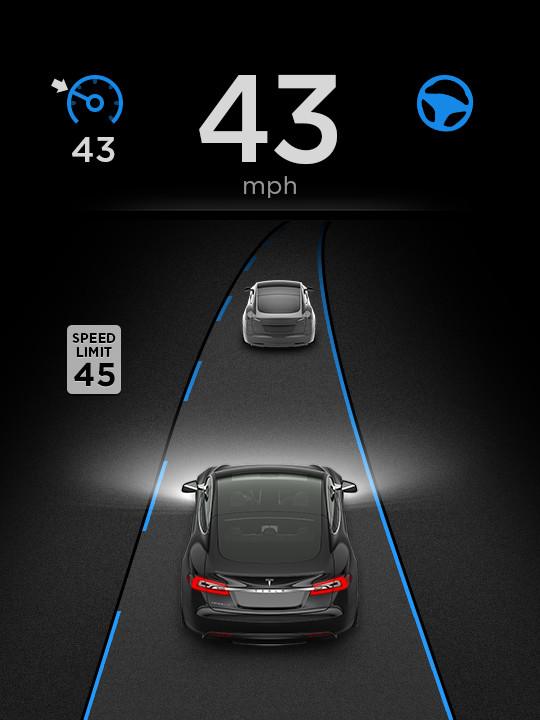 In the race toward autonomous vehicels, Tesla is lapping the competition