You don’t need a fuel tank for ships powered by renewable hydrogen (you’re floating on an ocean of fuel!)

The world of renewable hydrogen seems to be expanding these days, and the latest company to cross our radar on that topic is Joi Scientific of Clearwater, Florida. More precisely, it is headquartered at the Kennedy Space Center, which is what really got our attention.

You could connect the dots between Joi’s renewable hydrogen-from-water system and the extraterrestrial stuff one usually associates with the Kennedy Space Center. For now, though, the company is focusing on the 70% of Earth covered with water, and to that end they have just licensed their proprietary Hydrogen 2.0 technology to the top premium pleasure craft retailer MarineMax.

Conventional hydrogen is sourced primarily from natural gas, so a more sustainable solution is certainly an improvement, global warmingly speaking. The challenge is to devise a compact, seaworthy system that fits the target costs for whatever boat you’re selling.

That explains Joi’s focus on the maritime market. With an abundant fuel base at hand, there is no need for a large on-board hydrogen storage system. That helps to cut costs and ensure that the captain never has to send anyone out scouting for a fueling station, too.

Joi’s system is scalable and adaptable, meaning that it can be tailored to meet various seagoing needs including direct combustion for heating as well as power for electrical systems and propulsion.

So too bad, fuel cell EV fans — the concept isn’t practical for rolling stock, at least not yet.

Meanwhile, Joi Scientific co-founder and CEO Traver Kennedy and MarineMax Chairman and CEO William McGill, Jr. spent some time on the phone with CleanTechnica last week to share the story of how the new partnership came about — including that very interesting Kennedy Space Center connection.

Before we launch into the interview, please note that CleanTechnica tried really, really hard to pry out some technical details about Joi’s renewable hydrogen system. No, really. That’s all super-secret so no dice, but we do venture a guess or two at the end so feel free to add your two cents in the comment thread (following interview is edited for clarity and flow).

Kennedy: Everyone thinks that [hydrogen] has to come from steam reformation or electrolysis. When we started out 10 years ago there was nothing else. We found a new pathway: water with salt, or direct seawater.

We don’t use any added catalysts, and we can use almost any water source. We’re accessing the water, not so much the salt. We haven’t tested wastewater yet but there may be ways to use that water, too.

McGill: When I first heard about what they were doing it was about 10 years ago. Being a mechanical engineer I was familiar with electrolysis. I stayed involved with it and helped in any way we could.

We are very excited about what’s going on. It’s a modular approach, suitable for recreational boats. Commercial scale would involve hooking together modules, and you could pull a module individually for maintenance.

We see a lot of applications, starting with power systems on boats. Any gasoline engine that runs on propane will run on hydrogen. You can also use it in a fuel cell; or burn it. You could run it through a burner for heat, or use it to run chillers.

McGill: A byproduct of the system is [potable] water, and water-makers are a big maintenance item for recreation boats.

Kennedy: Our declared mission statement is clean water, clean air, clean energy. The main goal is to provide hydrogen systems and we are keenly interested in clean water, too.

Corporate social responsibility in the 1990s was always an add-on to success. That’s a good first step, but when we started Joi I didn’t want to just do CSR, I wanted to include all of our customers, no matter where they are. I wanted to be inclusive, and water is important.

So another goal is to bring the technology to people without access to clean water, and to do something about wastewater. Water available almost anywhere human beings are.

In terms of marine applications, we needed a partner with a lot of domain expertise, that was an innovator, and that had relationships with multiple companies, even competitors.

Bill [McGill] has an engineering background and a curious mind. He got involved with us very early and exposed us to the kind of technical scrutiny needed for publicly traded companies like MarineMax.

Boats have funny spaces because of the hull design, so our modular system might be something the size of a pizza box. They will be filled with seawater, so you don’t need to carry nearly as much diesel or gasoline.

So, How Do You Get To The Kennedy Space Center?

Kennedy: Initially we were based in Tucson, AZ. The relationship with NASA started in Tucson. We convinced some of the hydrogen folks at Kennedy Space Center — who have as much experience as anyone applying hydrogen on earth and beyond earth — to come out to Tucson and look at the technology.

They told us that NASA can’t endorse products, but can get involved if the technology is space related.

So I offered this: you discovered ice on the Moon and ice on Mars. You need energy and oxygen. We can generate a prolific amount of hydrogen from water. If you engage with us, we’ll give you a free license for anything NASA wants to do beyond gravitational pull of Earth.

Our data proved true, which lead to series of reviews including the Army Research Laboratory and the Naval Research Laboratory for the Secretary of Defense. That was a very good experience. When you’re working on the “edge of the known” you really need to be on top of your game.

After we demonstrated the technology to federal agencies we were invited to move to Kennedy. We sit inside labs that were built to prepare for the space shuttle and International Space Station. We’re in part of the space flight science lab.

Historically, jobs would come and go at the Kennedy Space Center. When the space shuttle program ended, Space Florida and other stakeholders wanted to create permanent jobs there.

That strategy has worked well. Blue Origin, SpaceX, and about 15-20 other startups are there now. It’s a very fertile place to be in terms of space technology and hydrogen technology.

McGill: When our customers are out boating, many of them are very concerned about environmental impact of the fuels we’re burning. And with commercial ships — cruise or cargo — we see the smokestack. We see the impacts, and we have a responsibility to reduce our impacts.

In our larger boats, people have generators for AC, heat, etc. If you are running a diesel or gas engine it makes noise, and you could have a potential safety issue with the exhaust.

The [Joi renewable hydrogen] system has no noise, no vibration. It generates perfect hydrogen.

During my career we were contractors for NASA, and we had a space station simulator at Langley. We were doing tests in chambers that are up in the Space Station, producing oxygen with electrolysis. That got me interested in Joi Scientific, because I realized how inefficient electrolysis is.

To say we’re excited at MarineMax is an understatement. Some of the board members were doubting Thomases at first, but it’s not impossible. It’s actually happening.

Kennedy: I was just at Johnson Space Center with 10 startups working with Amazon and Next on a pop-up accelerator, and all of them are doing things that are space related.

We had one of the shuttle astronauts and an ISS commander talk to us. What is so interesting is that almost all of the modern technologies we use today on Earth can trace their origins back to the space program.

It shows the value of bringing down the cost, really bringing those discoveries into a cost curve that can benefit everyday people.

Solar and wind are so successful in certain places, and hydrogen is finally being recognized as a great storage medium.

Next steps for Joi include working with MarineMax and its vendors to develop a commercial-ready design, so this could take a while.

In the meantime, guess how the Joi renewable hydrogen system really works.

No, really, guess! Kennedy and McGill have already eliminated steam reformation and electrolysis, so that leaves a couple of options.

There could be a photoelectrochemical element that borrows from nature — or maybe not, as the case may be.

Microbial fuel cell technology is another possibility — or not!

If you have any ideas, wade right into the comment thread. Just keep in mind that we’re talking about a system that could be scaled down for use on personal watercraft, which kind of rules out that fancy concentrated solar power hookup the Department of Energy is so excited about. 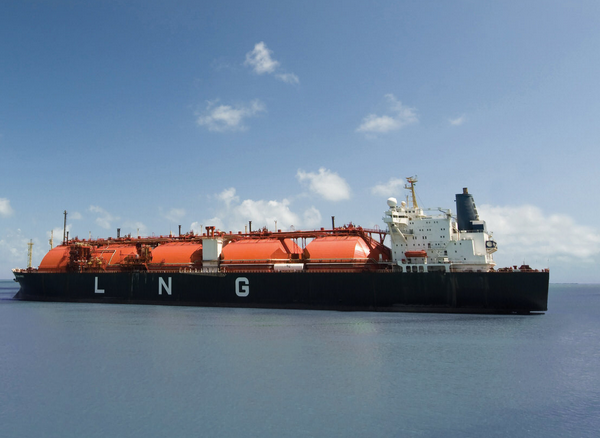 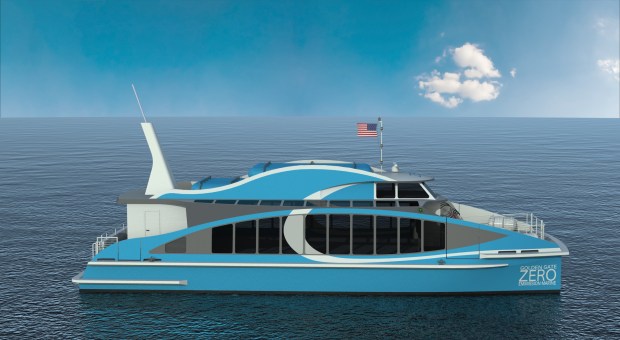 Next breakthrough: Hydrogen fuel cell ships about to hit the high seas 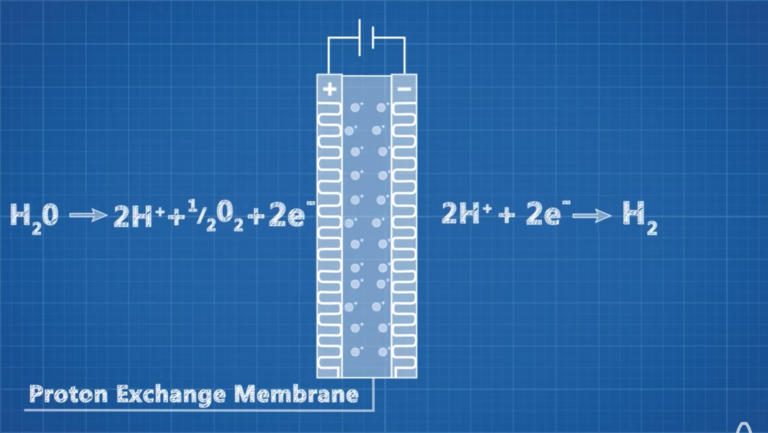 Hydrogen fuel cells – not there yet (but getting close)