Somebody, somewhere in the sparkling green future will write the definitive history of how and why human beings all over the world finally got their billions of acts together and started dealing with the climate crisis, but why wait for that? The venerable science series Cosmos is back on TV for 13 episodes with a new name — Cosmos: Possible Worlds — to show how the mush of goop swimming around inside of our heads can transform the impossible challenge of today into the world of tomorrow.

Clean Tech And The Climate Crisis

Cosmos: Possible Worlds unspools starting tonight, Monday March 9 at 8/7c, and to be clear, there is a lot more to the series than clean tech. However, clean tech happens to be CleanTechnica’s sweet spot, so when we had a chance to speak with Cosmos: Possible Worlds creator, executive producer, director and writer Ann Druyan earlier this year, naturally the topic turned to innovation.

Not to give too much away (go see for yourself!) but Ms. Druyan emphasized that the series makes some points about the ability of human beings to demonstrate sophisticated technological prowess without the benefit of so much as a nail. Keep that in mind the next time somebody asks you how to read a compass. (Interview after the trailer, below)

“There Is No Refuge From Change In The Cosmos”

Druyan set the tone of the conversation right out of the starting gate with the observation that “there is no refuge from change in the universe.”

We are staring change in the face right now, in the form of the global climate crisis. The sooner we wake up and deal with that reality, the better. So, what’s stopping us?

Well, that’s where the nail-less culture of innovation comes in.

“At this moment our self esteem is very low because we know what we are doing to our world and to the other living things we share this world with, and we worry how we’re going to work our way out of it,” Druyan explained. “I hope we capture something of that quality of curiosity, in showing what our ancestors did [without nails], maybe people will feel more confident about facing the challenges that we face now. Look at what they accomplished with far fewer of the tools that we have now.”

Go ahead, watch the whole series and see if you can guess which episode she is referring to. Here’s another hint:

“[The episode] was informed by tremendous respect for our ancestors, and their genius, and their fortitude, and that will help us awaken from our sleepwalking and meet the challenge of the climate crisis — and all the other crises.”

Cultivating The Next Generation Of Planet-Savers

One emerging area of concern for educators is the idea that malaise over the climate crisis will catch hold to such an extent that younger students will not see any benefit in investing years of study, effort, and money in scientific study. Druyan hopes that shows like Cosmos will keep the spark alive.

In terms of popular culture, that can be an uphill battle.

For all the massive challenges wrapped up in the climate crisis, Druyan argues that people possess at least one critical tool that was not available a generation ago.

“I can see that right now, this is a much less provincial population of the earth right now than was true in earlier times,” she explained. “Part of that is the gift of the world wide web, that we communicate with people around the planet at light speed. New communities have coalesced that were never possible before, where people from every country are involved.”

Think Gaia with free wi-fi and you’re on the right track:

“It is part of that process i dream of, of the planet becoming an interconnected organism. The Internet is a net gain. I can pose any question to my phone, and at first the answers will be somewhat superficial, but you can go deeper and deeper, and the answers are all there. I’m thrilled about all that.”

Druyan also sees gender equality as part of that move toward global interconnectedness.

There is still a long row to hoe, but Druyan takes a look back and sees change during her own lifetime:

“As a woman of 70 I come from a time where a woman couldn’t hope to finish a sentence. We are not all the way where we would like to be, but we have moved significantly, away from xenophobia, homophobia, and hatred and fear of women,” she said.

Wake Up & Smell The Climate Coffee

Wrapping up the conversation, Druyan touched on the need for an intergenerational effort — something that tends to get lost in this day and age where quarterly reports rule the roost (following comments edited slightly for flow and clarity):

“I really think that the biggest challenge we face is to think in the time scale of science, not the time scale of the next election or the balance sheet — a multi-generational exercise like the great cathedrals of the middle ages. We need to regain that sense of being links in the chain of those kinds of efforts.

“We can do this, but the only way we’re going to do it is if we awaken from our sleepwalking and demand the kind of leadership that can use technology as an aperture to a better world.”

And Now For The Good News

Here in the US that sort of leadership has been somewhat absent in recent years, but technology does have a momentum all its own.

Take the electric vehicle revolution, for example. It’s been a long time coming, but consider what the world would look like today if the nations of the world would have spent the past 100 years operating on actual horse power of the scope and scale realized by the internal combustion engine.

The solar power field is poised for another wave of innovation, an armada of new floating wind turbines is about to set sail upon the ocean, energy storage is kicking both wind and solar into high gear, and renewable hydrogen is — well, that’s a whole ‘nother kettle of fish.

Anything is possible now.

Image (cropped): “Beneath China’s FAST telescope teems an underground network, the product of enduring collaboration among fungi, plants, bacteria, and animals: the mycelium” via Cosmos Studios. 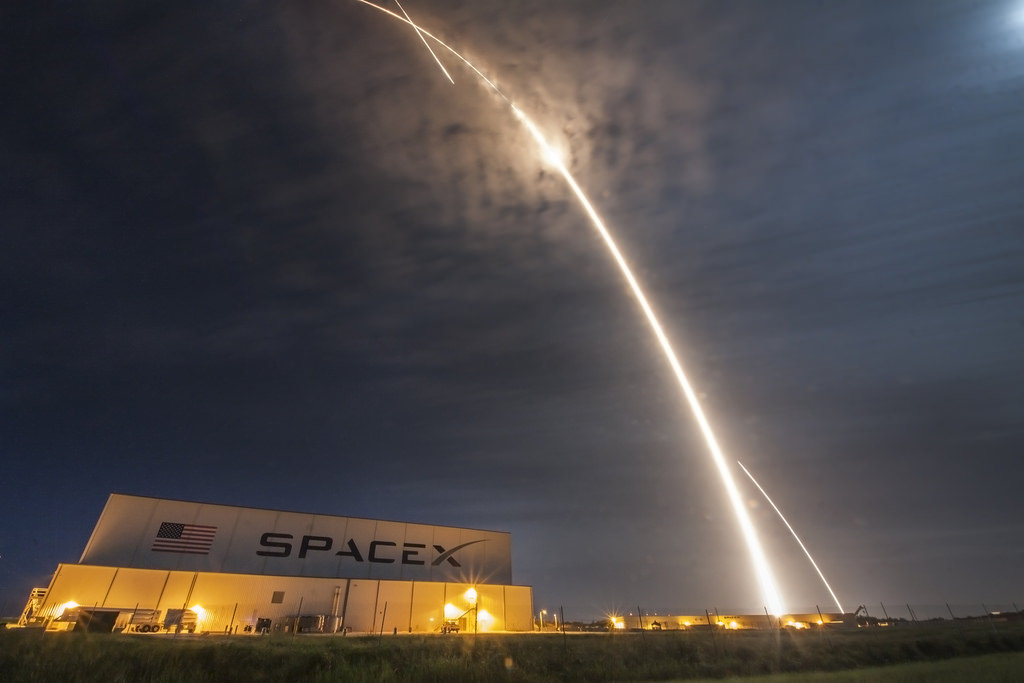 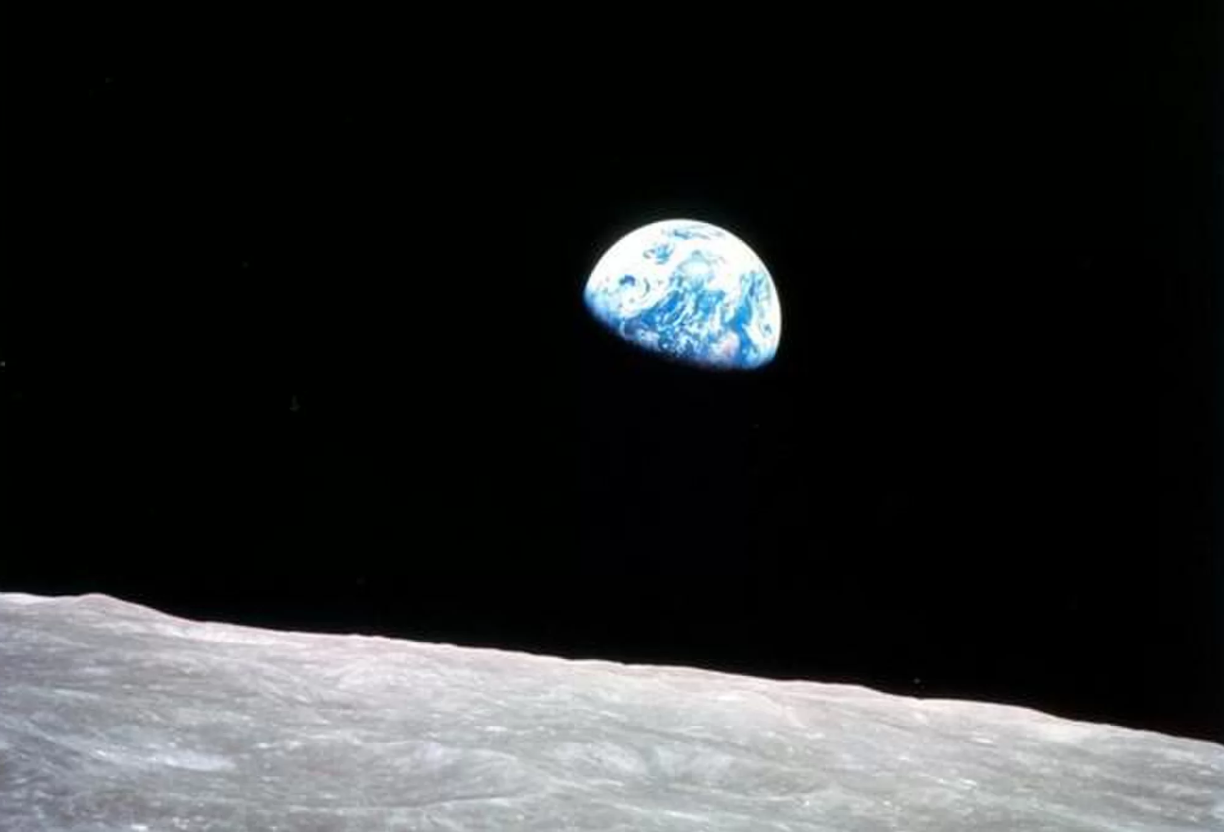 What’s in the Green New Deal? A bridge to the future, not a wall around the past.